This article shows you how to debug Linux kernel and completely program the DM355 EVM board using PEEDI. This method can be used for restoring the factory images to the board as well as end product manufacture programming. First it is described how to do it manually and after that how to configure PEEDI to do it by a single push of a button.

First you need to prepare your CFG file. Since the CFG file itself is not that simple, you can download it from http://download.ronetix.at/peedi/cfg_examples/arm9/tms320dm355-DM355EVM.cfg. The following covers only the FLASH settings. As you need to program four different images (UBL, U-BOOT, Linux kernel and the Root file system), you need to define four FLASH profiles in the CFG. You can set the CORE0_PATH parameter to point to where the files are located. This way in the FLASH profiles or with the commands you can use only the file name, not the whole path. Later, if you decide to use the PEEDI in stand-alone mode you can copy the files onto an MMC/SD card and you will need to change only the CORE0_PATH. For now I will set this parameter to point my FTP server root directory.

As you can see from the first two profiles – PEEDI can auto program the image descriptors using info given by the user. My board has 2GB NAND chip. This device is actually 2x1GB NAND devices in one chip, so in hardware point of view there are two NAND chips each with its own chip select. However the Linux NAND driver merges this into a single 2GB linear device, but for PEEDI there are still 2x1GB devices. In this example the ROOTFS is placed on the second device. For Linux, the address is 0x60800000, but for PEEDI you will need to use the address calculated from the beginning of the second device, so you must use 0x20800000 (0x60800000 – 1GB). You can also note that to drive the second device chip select, other NAND Command, Address and Data address registers are used.

The “CPU = TMS320DM355” parameter tells PEEDI to check for a Bad Block table and if not found, to create it on the last good block. PEEDI also creates a mirror BBT. Now we can program into the NAND chip UBL, U-BOOT and KERNEL to let the system boot and then load the YAFFS via the Ethernet. Using flash set command you can select the FLASH profile you want to use and then flash program to program the NAND:

Now disconnect the board from PEEDI and reset it, it should boot normally. Please read this guide on how to program the YAFFS root file system:
https://processors.wiki.ti.com/images/tmp/f1260973336-755410815.html
(local copy: Put YAFFS Image to Flash)

Now connect the board back to PEEDI. Since there is no right tool to make YAFFS images for the DM355 CPU (too many complications caused by the HW ECC), you can dump the YAFFS image from the NAND and use it later for a quick restore or a manufacture programming. Using the flash set 3 and flash query PEEDI commands check the list of the bad blocks and make sure there are no any bad blocks in the YAFFS NAND region:

First you need to check where the YAFFS region ends. You could dump the whole partition but it is pointless to dump a lot of FF’s if the partition is not full. First check out the sum size of all files included in the tarball. Then read the NAND at address which is the base address of the partition plus the size just to make sure there is data on that address. Then find the last NAND page in the partition that has been written with YAFFS data using the flash read command. Lets assume that the page at address 0x2B900000 gives all FF’s, i.e. it it empty:

Considering that the file system begins at 0x20800000, it means you need to dump 0xB000000 bytes. Now you can dump this area, but YAFFS image files include the OOB data, this OOB data is not included in the NAND memory space so in reality you need to dump a little bit more data correcting the page size from 2048 to 2112:

Just to make sure everything is OK you can verify the just dumped image:

Now you are ready for the complete burn process. Next time you want to restore your board or just program a new one you can skip the whole previous part and jump directly to this point here, which programs everything:

Disconnect the board and verify it boots normally and mounts the root file system. Now you can put all the commands into a script for an easy automated execution:

And put the script in the [ACTIONS] list so it can be started using the PEEDI buttons:

So the script can be started in three ways:

The way 1 is useful for a board restore. Ways 2 and 3 are useful for production programming since non-qualified personnel can easily be instructed on how to work with PEEDI.

For Linux kernel debugging you need an ELF of the kernel compiled with debug info and optimization switched off (-g -O0). The board should be set to load and start the kernel either from the NAND or any other source. For debugging, best is loading it via the Ethernet, this way you don’t need to program the NAND from build to build. Once you build the kernel, locate the vmlinux file (it should be in the root directory of the Linux kernel project) and use the nm tool to find the address of the start_kernel function like this:

Now use CFG without INIT section so after PEEDI connects to the CPU it does not make any initialization and make sure breakpoint mode is set to SOFT (we are going to debug in RAM). After PEEDI is connected use “break add hard ADDRESS” to add a hardware breakpoint at the start_kernel address. Now “go” to start the target and wait until it breaks at the breakpoint. Next you can start insight in the kernel root directory pointing the kernel ELF image:

target remote YOUR_PEEDI_IP:2000Next use the “si” command just to refresh the view. From now on you can add breakpoints, step, go, stop and so on the target. To start execution use the C button or the (c)ontinue command in the insight console or the resume button in eclipse. Once you do the previous, you can automate your work by putting this in the INIT section:

And you can also put the target remote and si command in a .gdbinit file so these are auto executed on gdb/insight start. Of course you can use eclipse too for debugging.

At first glance things might seem too complicated, but it gets easier after the first iteration. On the other hand all the complicated setting is made once and after that everything is easy as one push of a button. 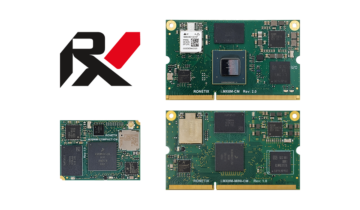 No products in the cart.

This website uses cookies to improve your experience while you navigate through the website. Out of these cookies, the cookies that are categorized as necessary are stored on your browser as they are essential for the working of basic functionalities of the website. We also use third-party cookies that help us analyze and understand how you use this website. These cookies will be stored in your browser only with your consent. You also have the option to opt-out of these cookies. But opting out of some of these cookies may have an effect on your browsing experience.
Necessary Always Enabled
Necessary cookies are absolutely essential for the website to function properly. This category only includes cookies that ensures basic functionalities and security features of the website. These cookies do not store any personal information.
Non-necessary
Any cookies that may not be particularly necessary for the website to function and is used specifically to collect user personal data via analytics, ads, other embedded contents are termed as non-necessary cookies. It is mandatory to procure user consent prior to running these cookies on your website.
SAVE & ACCEPT